2013 Scion FR-S Hot Lava ***CLEAN CAR FAX***, ABS brakes, Alloy wheels, Electronic Stability Control, Illuminated entry, Low tire pressure warning, Remote keyless entry, Traction control. Clean CARFAX. D-4S 2.0L H4 DOHC 6-Speed Automatic RWD This vehicle qualifies for our exclusive "Garavel SILVER" program. This includes: - 30 day / 1,500 mile warranty - Inspected - Professionally detailed. Garavel Subaru has been locally owned and operated since 1997. Only at Garavel Subaru you will find CT's fastest growing Subaru dealer. 2019 and 2020 DealerRater Dealer of the Year award winner. And proceeds from each sale go to support our local community. We would also love to have your trade in. Want to know how much your trade is worth? We use values from the KBB Instant Cash Offer program to get a guaranteed value for your vehicle.

Model Overview
Scion's emphasis when they designed the FR-S was affordability and handling performance. The car's rear-wheel drive orientation and compact, light-weight platform makes the car very fun to drive, while the engine is a torquey yet efficient. The FR-S's base price starts under $25,000.
Scion started by building the FR-S as a rear-wheel-drive platform from the ground up. The performance benefits of rear-wheel-drive are numerous but can most easily be summed up by the word "balance." Like many more expensive performance cars, the FR-S' "tossable" nature allows the driver to play with the limits of grip.

Rear-wheel-drive on its own though is not enough to create a car with world-class handling. Thankfully the FR-S has the rest of the package as well. Weighing around 2800 lbs, the car is extremely light. This lightness is aided by 4-wheel independent suspension and 17-inch wheels. In fact, the FR-S has been bestowed with the kind of agility that is rare for performance cars costing two to three times as much.

Though there was an obvious bias toward developing handling in the creation of the FR-S, but that does not mean it's slow in a straight line. The 2.0L engine was designed by Subaru, makes 200 horsepower and is capable of revving all the way up to 7500 RPM. Coupled to the car's light weight, this engine is enough to give the Scion more than adequate straight line thrust while still returning good fuel economy.

While the exterior of the car is swoopy, low and evocative of classic sports cars, the interior of the FR-S actually features four seats. The rear seats are able to fold forward creating more trunk room and a fairly usable interior for a car of its size. Though the car may at first seem slightly spartan, it is not devoid of amenities. An 8-speaker 300 watt sound system with USB input is standard as is air-conditioning, power windows, door locks and a leather wrapped steering wheel.

From a safety standpoint the FR-S has plenty of electronic assistance to prevent drivers from having an accident. Anti-lock brakes, traction control and stability control are all standard, though traction and stability control can be switched off for serious track work. The FR-S also comes standard with six airbags including side curtain airbags and dual-stage advanced driver and passenger airbags. 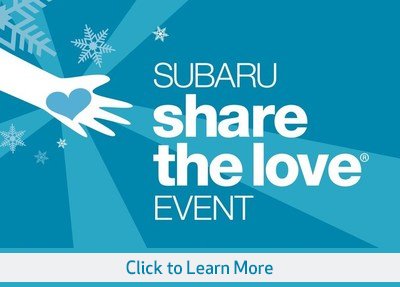