All departments have moved to our new location at 520 Main Ave, right next to DMV.
Home
/
Certified
/
Subaru
/
Legacy
/
Premium 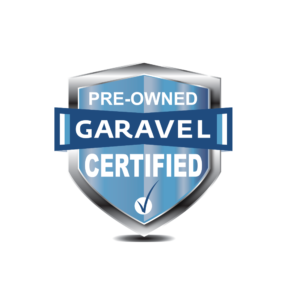 Model Overview
The Subaru Legacy is offered by a choice of two engines. The base engine is a 182-horsepower 2.5L 4-cylinder "boxer" engine, with the pistons arranged so that they are parallel to the ground, rather than perpendicular to it like in a traditional inline engine. This means a lower center of gravity and again, better vehicle handling without any compromise in ride quality. The optional engine is also a 4-cylinder "boxer," this one with slightly less displacement at 2.4L. However, it does have a turbocharger and thus makes 260 horsepower. Subaru uses a Continuously Variable Transmission (CVT) to send power to all four wheels. Unlike a traditional automatic, the CVT transmission does not have set shift points-rather it varies ratios on the fly, improving efficiency and keeping the engine in the peak power band. The 2020 Legacy is rated at 35 mpg highway and 27 mpg city with the base engine and 32 mpg highway and 24 mpg city with the turbocharged option.
There are six trim levels for the 2020 Subaru Legacy, base, Premium, Sport, Limited, Limited XT and Touring XT, with the XT badged cars utilizing Subaru's more powerful turbocharged engine.

The Sport trim comes with 18-inch wheels, LED fog lights, integrated turn signals in the side mirrors, a trunk spoiler and cloth upholstery with contrasting stitching.