All departments have moved to our new location at 520 Main Ave, right next to DMV.
Home
/
Used
/
Subaru
/
Forester
/
2.5i Limited

Used 2015 Subaru Forester 2.5i Limited SUV For Sale In Norwalk CT near Westchester 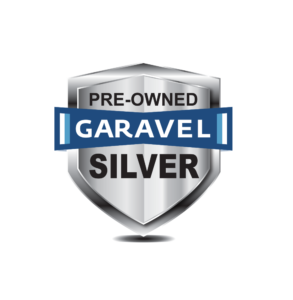 Model Overview
The 2015 Subaru Forester comes in a variety of different trims powered by one of two engines. The base engine is a 2.5L 4-cylinder making 170 hp. This engine is offered with a choice two transmissions -- a 6-speed manual or a continuously variable unit. The optional, turbocharged engine displaces 2.0L and makes a very healthy 250 hp. The turbocharged engine is only available with a continuously variable transmission, though the CVT does have a mode where it imitates a traditional manual, allowing upshifts and downshifts via paddles on the steering column.
2.5i Foresters come in four trims, Base, Premium, Limited and Touring. Base trims are stripped of most luxury features but still feature a tilting and telescoping steering wheel with audio controls, a sunglass holder, a 4-speaker stereo with MP3 capabilities, a 4.3-inch color multi-function display, and a rear backup camera. Premium models get a panoramic sunroof, roof rails, 17-inch aluminum alloy wheels, a 10-way power adjustable driver's seat, reclining rear seats, and a 6-speaker stereo. Limited models come standard with the CVT transmission and with leather seating. Heated front seats, a power lift gate, fog lights, a rear spoiler and heated mirrors are also standard equipment on Limited model Foresters. Top-of-the-line Touring models feature everything from the Limited trim plus a navigation system, a dual-zone automatic climate control system, and 18-inch wheels.

Forester 2.0XT models come in two trims: Premium and Touring. Both get the more powerful 250-hp engine, better brakes and more aggressive styling than 2.5i models, highlighted by the front fascia and 18-inch wheels. The Touring and Premium models are otherwise similarly equipped to their 2.5i namesakes.